City of San Jose releases the full 'ATN' feasibility study for Mineta Airport performed by ARUP and Aerospace Corporation. 420 pages. 11-2-2012. There is much in the document to encourage further development of PRT/pod transit. What is also evident is how far the PRT 'industry' has not come in proving itself on conceptual, technical, financial, and operational criteria.

Moscow Agglomeration Competition Unveils Sustainable Master Plans for the City of the Future, Metro and pods in the mix. Inhabitat report with slideshow. 9-12-2012

UK Tram, a British rail industry group, has issued How To guidances on developing PRT projects 7-20-2012

Bloomington, MN: 6.3 Out of 10 Favorable Vote for PRT in connection with interview of Metro Council's transportation chair Steve Elkins. 7-16-2012
Despite a sample size of only n=20 on the PRT question, this is a good example of PRT advocates directly engaging citizens interested in constructive problem solving.

Mailbag (6-6-2012): Received a totally out of the blue email today from transit planner and serious pod hater Michael D. Setty, linking to an announcement that he has removed almost all the PRT links on his 'publictransit.us' site. He also says we can all go "f---" ourselves:

See you in the funnypapers 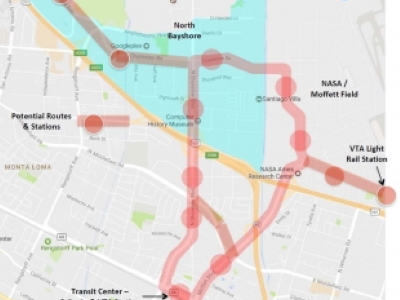 
Founder of 'Swift PRT' decides it's not economically viable 12-4-2011
Aaron Patzer of Mint.com had wanted to create Swift, a maglev/linear synchronous motor concept, which he has now closed. Believes the future is self-driving cars

Editor's Blog: JPods to sue MnDOT - "Adds to the unwelcome and nonsensical partisan politicization of PRT." 8-8-2011

Following news of the start of long-awaited upgrades to the university PRT system, Morgantown, WV got a visit from a company that wants to upgrade the whole thing. JPods claims to be about to commence construction in China -- with what appears to be a $400 million construction contract. 7-25/27-2011

It makes no mention of money or any financials. It is unclear how 'solid' the agreement is.

The Kunming government webpage sets the contract value as 400 million yuan renminbi, or $62.3 million. The source of the funds is not identified.

(Video) Central Issaquah Plan - Task Force discussion of transportation vision (.wmv). 5-6-2011 Earlier
•public transit "modules" to help achieve a community with less cars.
•"30 year plan"
•"we are not talking about Metro buses"
•"Intelligent transportation systems that may not need a driver"
•"Little pods... that can be more fast in serving the public"
•"These technologies exist, why can't Issaquah be in the forefront of putting those things into use, right here, and do it in a way that is smart, green, and beneficial to traffic reduction"

AP: Upgrades to 35-year old Morgantown PRT have begun. The WVU press release: original analog computers are being replaced, and a new propulsion controller is to be tested over the summer. 5-23-2011


"Hull selectmen want nuts & bolts of Jpods proposal before throwing their support behind it" Hull Sun 1-5-2011. Earlier proposal scaled back; appears to lack sufficient data/assurances that would allow officials to commit to the project.
• Hull, MA - town of 11-12,000 people
• "Move over George Jetson - Hull might get one cool ride in the sky" 3-10-2010
• "Will Hull commuters be "flying" to work in amusement-like ride?" 3-18-2010. Helpful Minnesotan noted; his information unpersuasive, given town's continued interest

San Jose: Sources say the city has picked The Aerospace Corporation to help it select a technology for its initial PRT network 1-4-2010

Powered by Podbean.com
Pod cars featured on The Discovery Channel

The PODCARS Series Part 6, (Examiner.com, with links to Parts 1-5)

Invasion of the pod car 10-4-2009, Boston Globe (The first article on PRT by a writer and published by a major American newspaper in more than a decade.)