Starting from scratch The Economist 9-7-2013

Masdar on BBC's Wild Arabia 3-9-2013
It should be noted the program does not mention cancelation of the citywide undercroft which the PRT runs inside.

Emirates crackdown on democracy movement. At least 50 reformers arrested, some stripped of citizenship. Repression is not sustainable. -Ed. 8-3-2012

Doing it wrong: Masdar carbon-capture research - CO2 would be used in oil recovery. 5-9-2012

Cost of placing a PRT prototype system inside a specially constructed sublevel of an experimental city: Masdar visitor center director says, anecdotally, $8 million ($1 mil x the 8 vehicles cited). Including the stations, this is not bad for an approx. 0.57 mile system. 3-28-2012 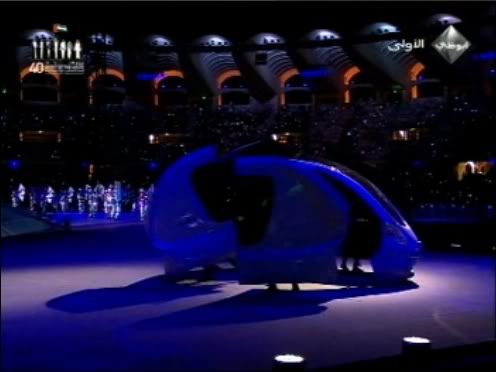 Citywide PRT at Masdar called "unsuitable": Masdar "aims to help put others in the shade". Representatives of Foster+Partners, UITP and Dubai RTA are mentioned in story 4-8-2011


Gunther and The Australian both trace scaleback of the Masdar PRT network to cancelation of the citywide podium (platform), containing the 'undercroft,' due to the global financial crisis. Since the PRT runs inside the undercroft, the undercroft is effectively the PRT guideway. Masdar's designers were unwittingly responsible for the most expensive PRT guideway ever planned.

Mitsubishi electric car fleet to be piloted. The UAE news agency reports the pilot will "test the feasibility of EV technology as a point-to-point transportation solution for Masdar City." "Point-to-point" confirms Masdar is willing to sacrifice the original goal of having all surface streets carless for walkability, and narrow to provide shade (i.e. modeled on traditional mideast architecture). 1-15-2011 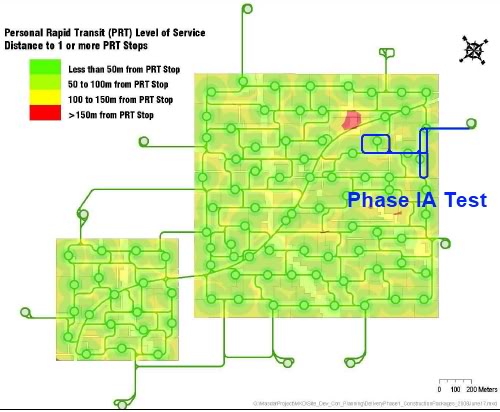 Masdar City PRT "coolest thing ever". Professional poker player Adam Levy says he got lost while trying to find the Abu Dhabi airport, when he saw Masdar City and decided to visit. In a nighttime video recorded while looking for the PRT, Levy tells viewers "you couldn't ask to walk down something cooler." He keeps the camera running as he descends to the undercroft level (:01:05), encounters a friendly station attendant, and boards a podcar (:02:00) which he pronounces "unbelievable" and "so cool." Levy is clearly delighted during the short ride to the K-13 parking facility -- calling the Burj Kalifa, the world's tallest building, "not nearly as cool" as the PRT (:05:15). 1-2-2011


The world is beginning to show up at Masdar City, including Norwegian eco-investor Petter Stordalen and his wife Gunhild Melhus, PhD. 12-6-2010

Formal opening of Masdar Institute campus. Too bad the Masdar PRT will only ever be a 10-pod pilot project. 11-24-2010

"It is hugely impressive. It's like looking at a city from the future."

"It is hugely impressive. It's like looking at a city from the future."