4 nations issued warnings on funder linked to uSky 10-28-2021
The AP reports that New Zealand, Belgium, and Lithuania have issued notices to exercise caution with regard to the Belarus company, warning of a potential scam. Italy has barred sales of SkyWay shares. Key takeaways:

• There are conflicting reports on whether SkyWay has directly funded uSky. Unitsky will not name his investors.
• A spox for uSky says its client has no legal or financial relations with Skyway. Anatoli Unitsky's uSky project had used the name SkyWay until, a spox says, it learned of harm to the brand by "inappropriate persons and companies."
• The UAE research park Sharjah says uSky is a tenant and a real and legitimate project, but Sharjah has not provided it funding. An official said they are aware of the connection with SkyWay, but defended the project. 
Zippar from Japan 8-30-2021
Zip Infrastructure introduced its Zippar concept last year, in appearance a cross between the popular gondola/ropeway and the styling of Unitsky. In addition to cables on straightaways, Zippar appears to employ zones with running surfaces for merges, diverges, and curves. Is it PRT? The in-track switch would indicate not (:28 of the scale model video).
• Concept video with Unitsky-like vehicle
• 1:20 scale model
• 1-2 passenger demonstrator

String Transport testing underway 7-22-2021
CNN: These futuristic pods could help cities solve their traffic problems 7-22-2021
Known earlier as String Transport and Unitsky String Transport, uSky aka SkyWay began testing in June at a UAE innovation park. Images show both passenger and cargo configurations. Is it PRT? Previous depictions of the technology cast doubt on whether uSky fits the definition of PRT, as the concrete-and-cable guideway has only been shown running in straight lines, leaving open the question of how switching would be accomplished. This finally seems to have been answered in this video, showing a gantry-like merge/diverge zone. 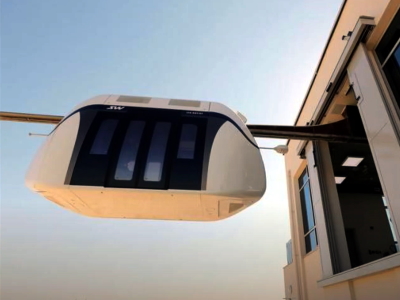 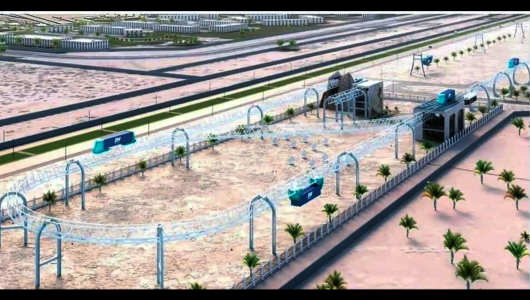 
The Wall Falls 5-30-2021
The Advanced Transit Association reports its efforts with the American Society of Civil Engineers, to adapt that organization's definitive Automated People Mover Standards to personal rapid transit, have been successful. Pod transit designers have objected to parts of the APM Standards for decades. Now edition 21-21 of the standards addresses 'Automated Transit Networks' by name, and removes the 'brick wall stop' requirement for ATNs. This change frees up ATN technology to potentially achieve higher speeds and capacities. PRT can now truly become urban mass transit, beyond first/last mile service. PRT designers outside the United States hoping to enter the American market would be wise to follow the APM Standards.
Link 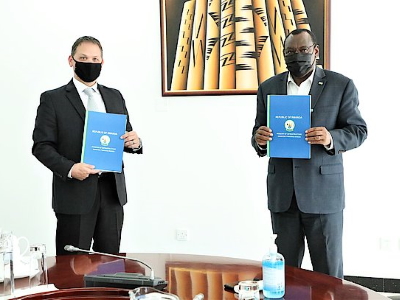 Self-driving cars might never be able to drive themselves: Marketplace reports it doesn't take much to make a driverless algorithm dumb. 5-21-2021
Link